Sign Up To Get The Full Course Right Now!

Yes, I am ready to get started today!
* we will not spam, rent, or sell your information... *

We See You. You're Ready. This Is Your Time
ENROLL NOW *Limited Time Offer So Enroll Now

There are shoppers right now who'll pay a premium for YOUR food dishes...
if they were available online or on store shelves.

Because what makes your recipes different is what makes YOU valuable.

Your unique dish, your recipe, your family recipe, could be worth MILLIONS!

Keep reading because were addressing all your “What ifs…?” Around creating & launching your food/beverage products. We’ll show you our proven approach. 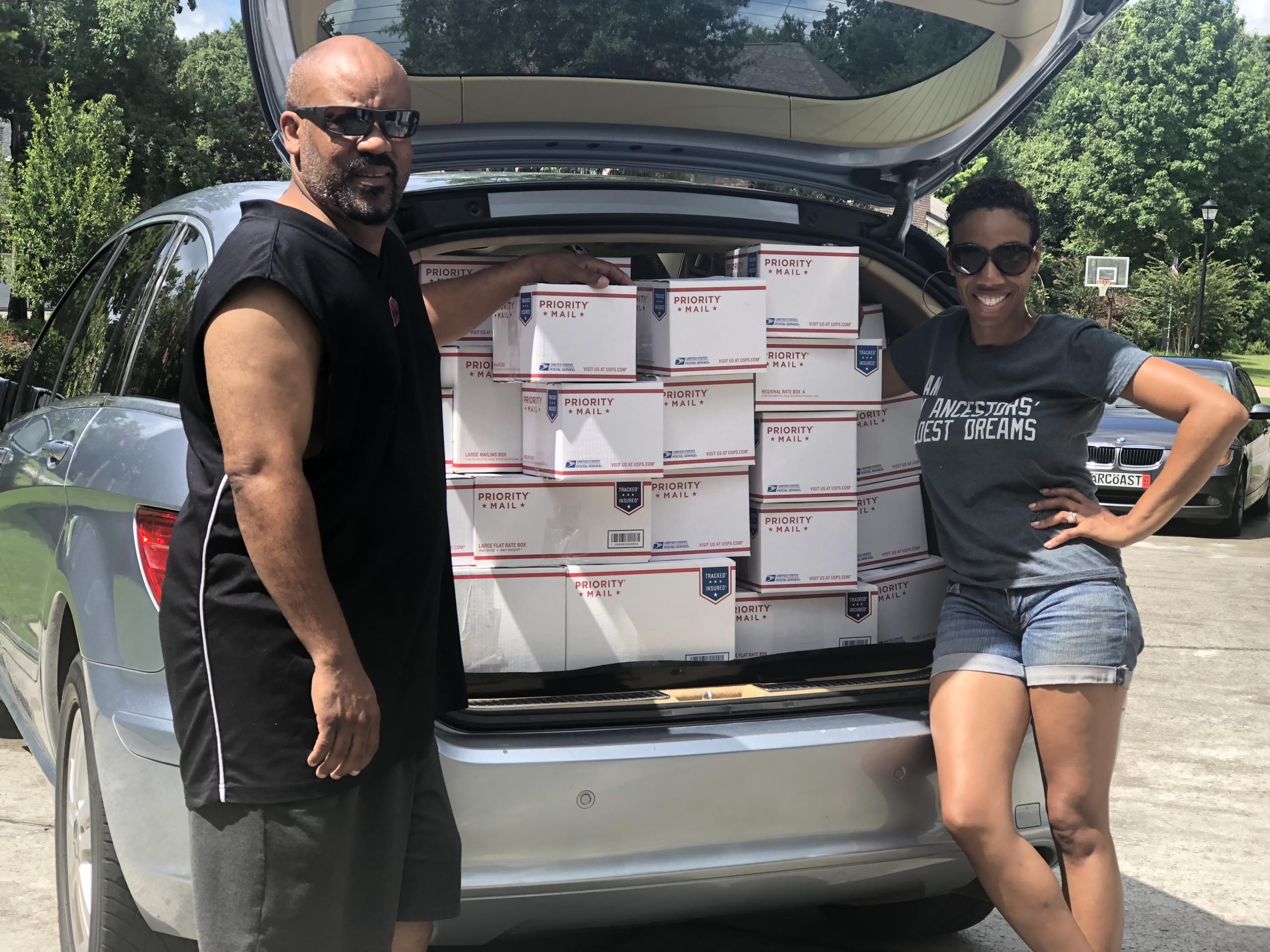 Claim Your $1K A Day TODAY!
"If you have a food dish/recipe that people love and a computer, you have the ability to make $1K a day selling it online....we save you precious time and money by teaching you step by step HOW to do it"
- Chevalo & Monique

Are You A Chef, Home Cook, Caterer, Holder of Grandma's Recipe? 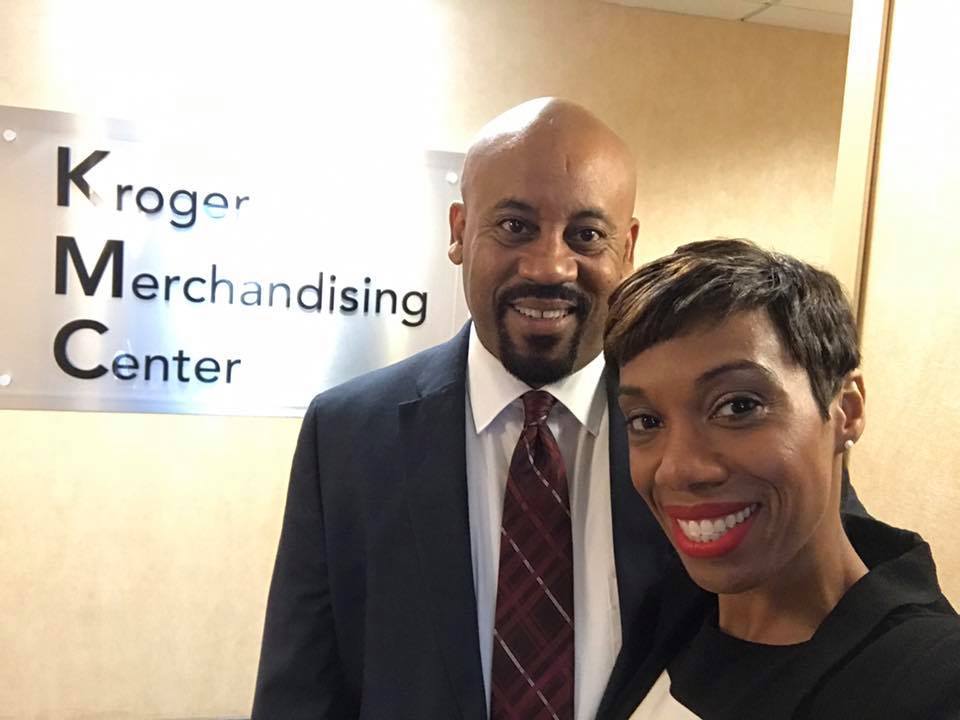 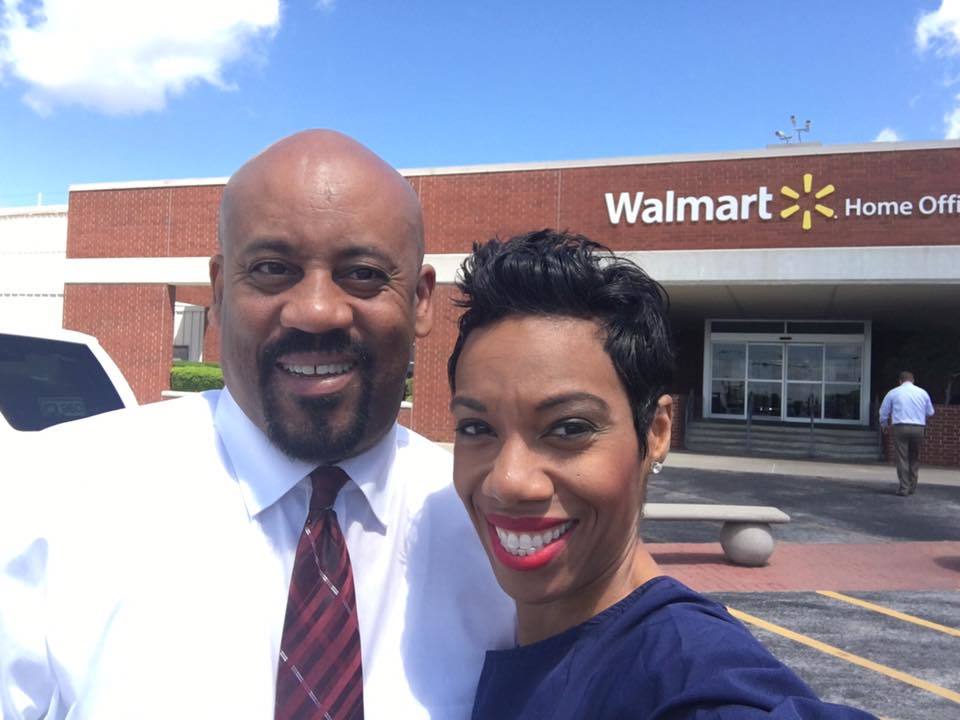 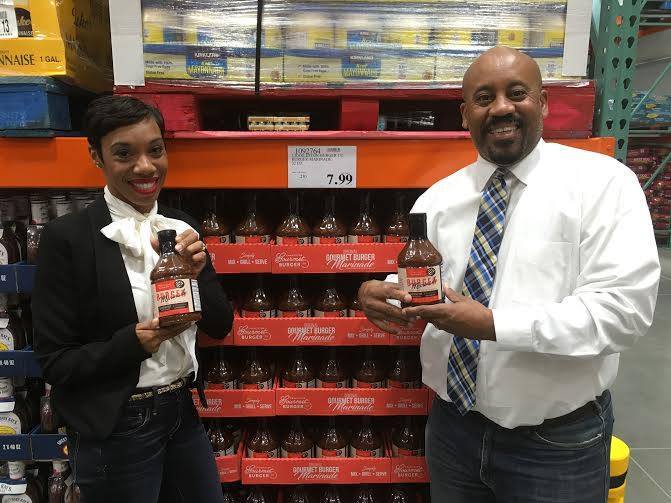 ⭐️⭐️⭐️⭐️⭐️
"This has been a GAME CHANGER for my family"
"I've always known that if we could get our food out there it would be BIG"
“When I heard about the program it resonated with me because I'm in a family with amazing recipes that've been passed down for generations. Thank you Chevalo and Monique for teaching us how to finally do something BIG with them.”
C. D
⭐️⭐️⭐️⭐️⭐️
"The greatest thing we've ever done"
"We're determined to use our recipe to retire us and set up our kids"

“This is something my husband and I have always wanted to do but we kept putting it on the back-burner. We finally took the leap to take the course and now we're on our way to getting our dish in stores.”
S.P.
⭐️⭐️⭐️⭐️⭐️
"What an incredible feeling"

"I'll never forget the moment I walked into the store and saw my product on the shelf."

“I really only had an idea. I followed the plan they outlined and got my product developed. I can't believe they buyer said YES. Thank you, thank you, thank you Monique and Chevalo”
A. R.
(results vary)
⭐️⭐️⭐️⭐️⭐️
"Everything I needed to transition from
Chef to a Food Entrepreneur"
"I've been a working Chef for many years and I met Monique and Chevalo at a corporate event. I was really impressed with their business accomplishments in retail as well as their energy.
I have several recipes and signature dishes of my own, so when I heard that they were teaching people how to monetize their recipes......it was a no-brainer to take their course. ”
T.D.
For the first time EVER, we're offering our signature programs at a significant discount for a limited time only!

How Does $1K A Day Selling Your Food Online Sound To You? 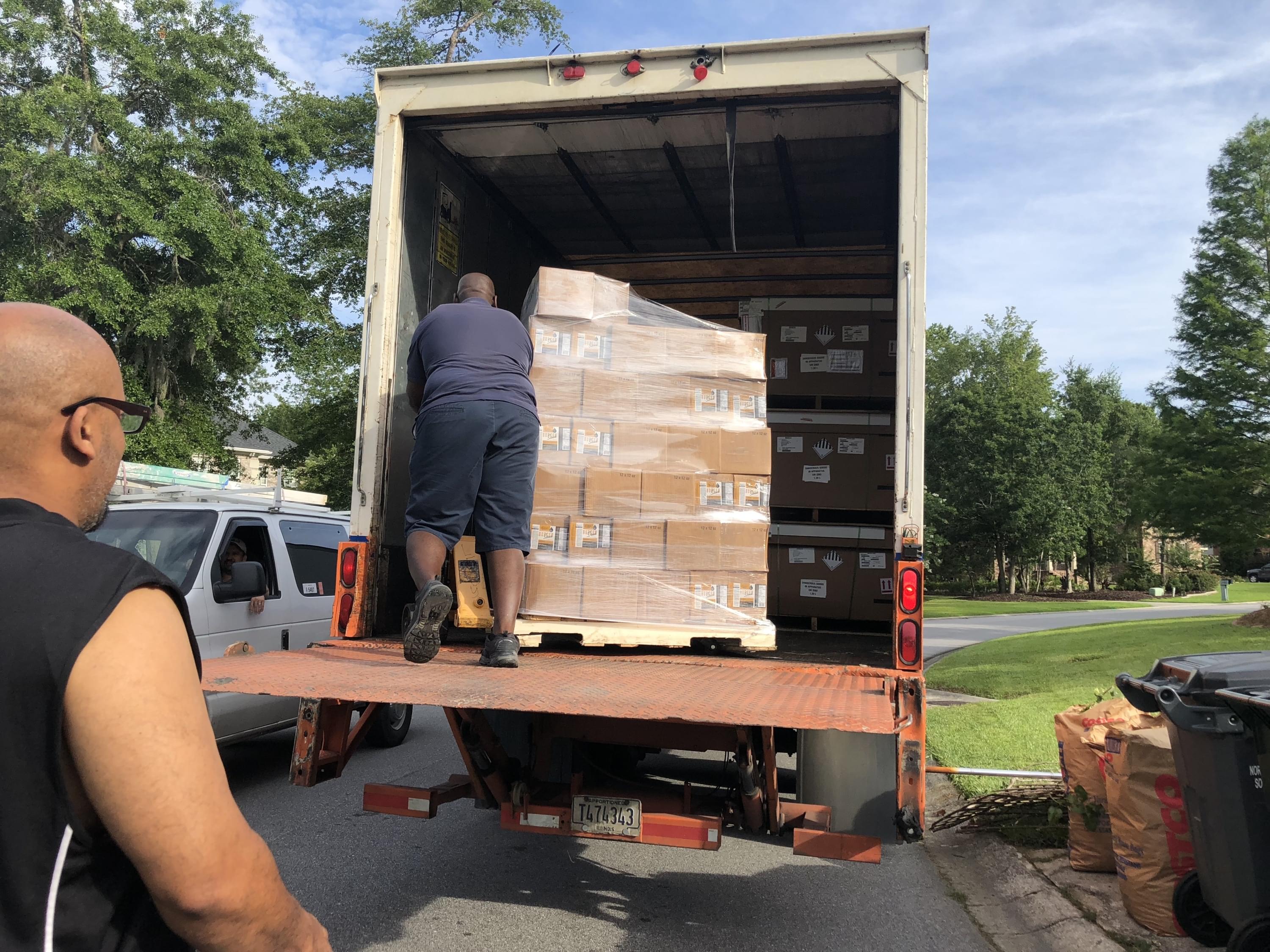 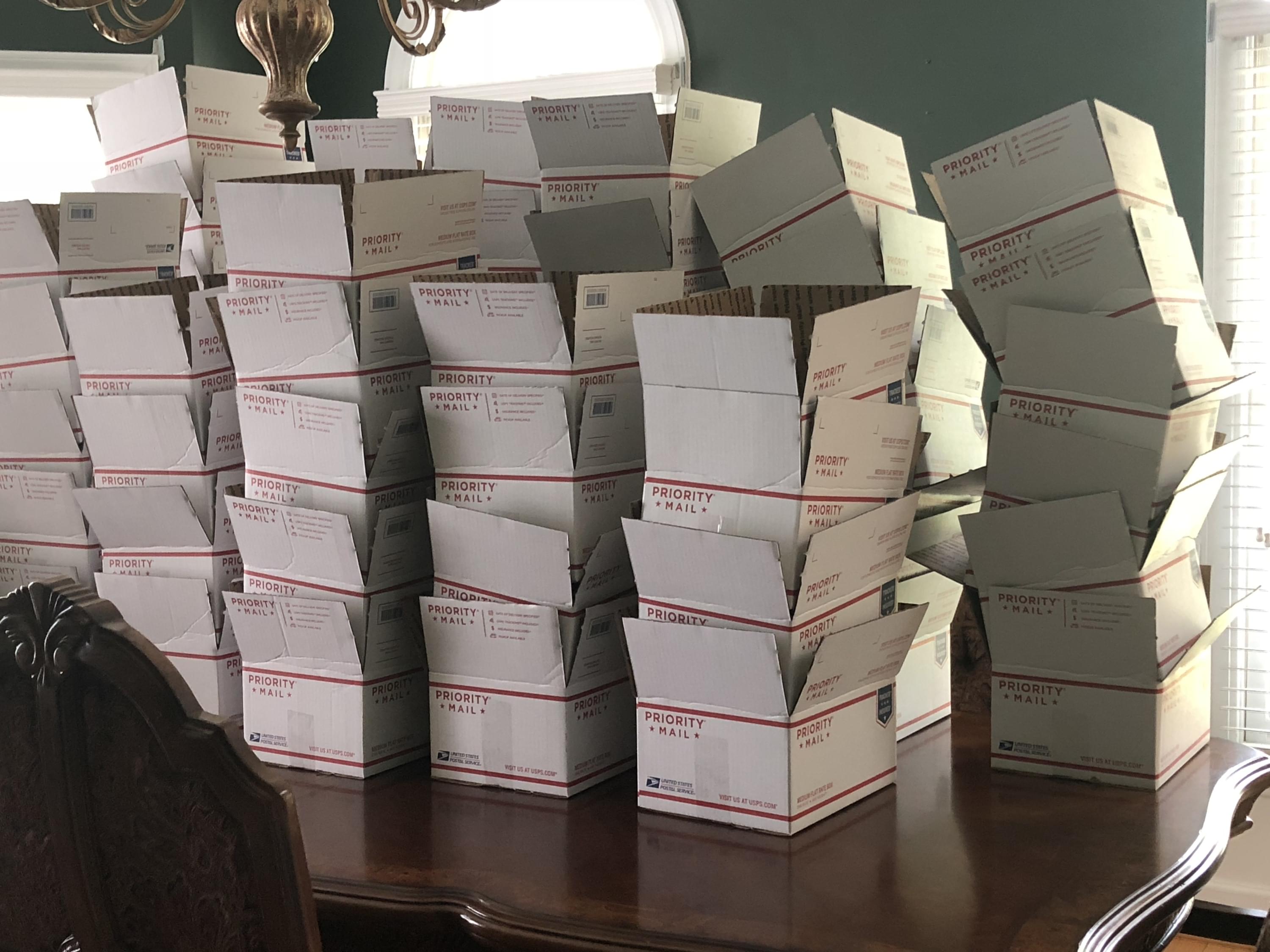 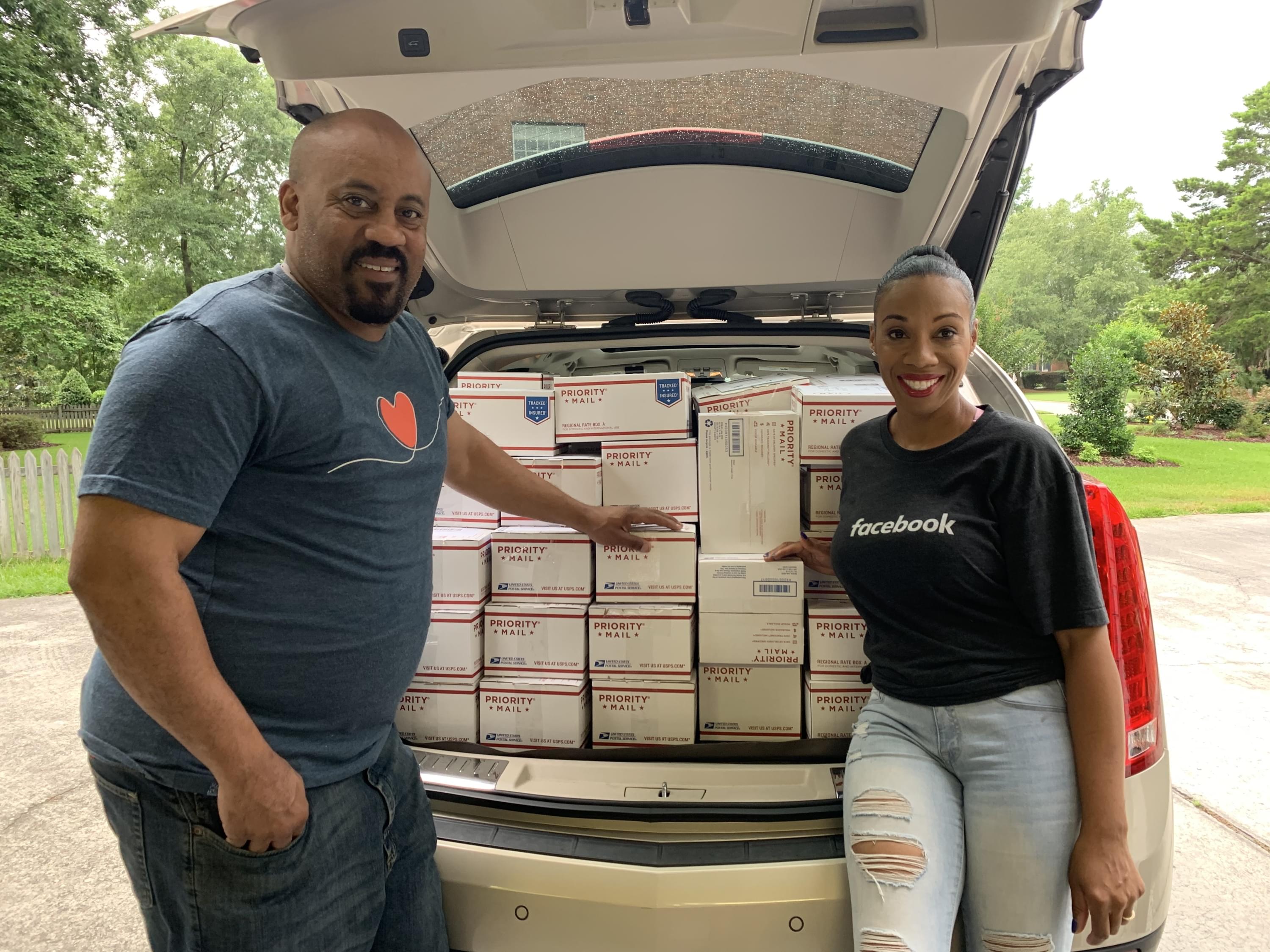 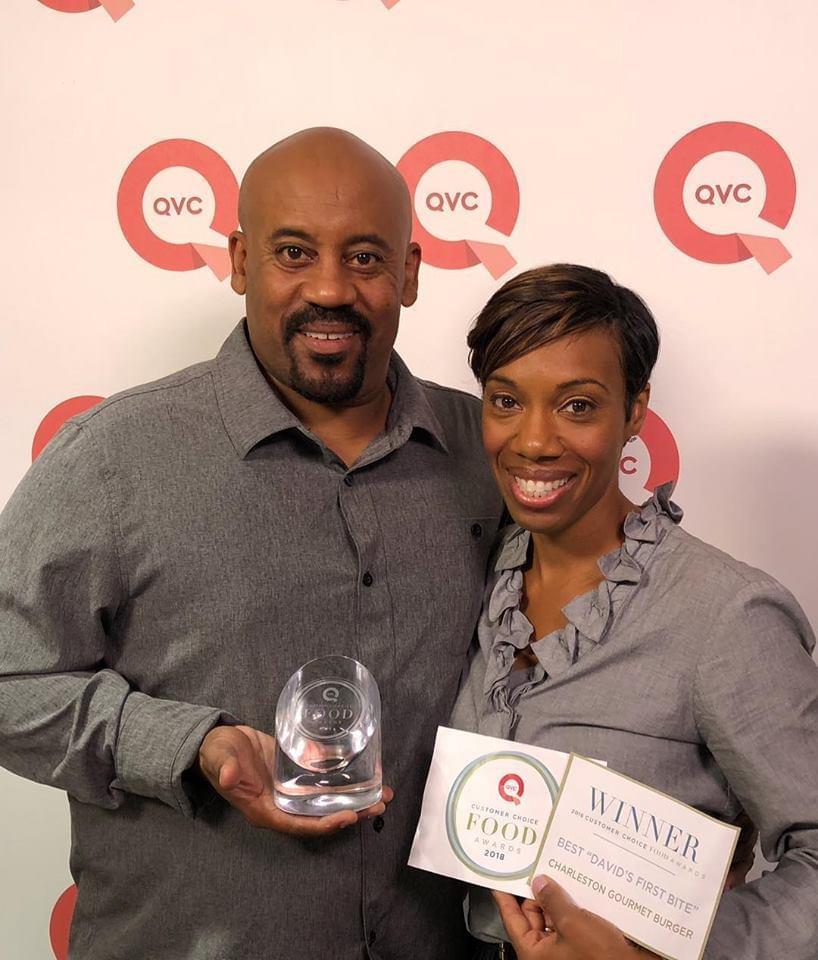 "Follow our easy step by step plan for success and YOU WILL build not only a food business, but a BRAND to be reckoned with" - Chevalo & Monique

Enroll In Recipe For Retail 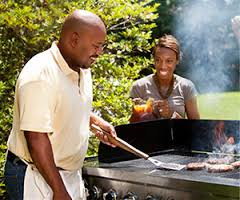 It's Time To Get Started!
It's crazy to think that this journey started in our backyard" - Chevalo & Monique

“It's not where you start or even what happens to you along the way that's important. What is important is that you persevere and never give up on yourself” - Zig Ziglar, Author

In Recipe For Retail YOU WILL Learn 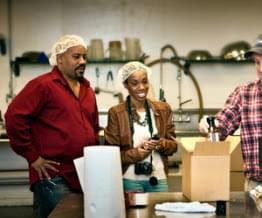 The PLAN
YOU WILL learn the method we used to go from our backyard grill to people's homes across the nation. 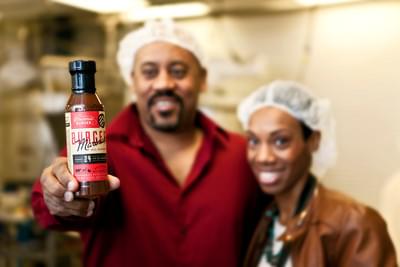 The PRODUCT
YOU WILL learn how we transformed our recipe into a product and how you can too. 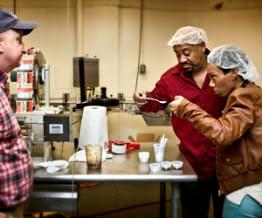 The PROCESS
YOU WILL learn the action steps we took to get our food products selling online & in stores around the country. 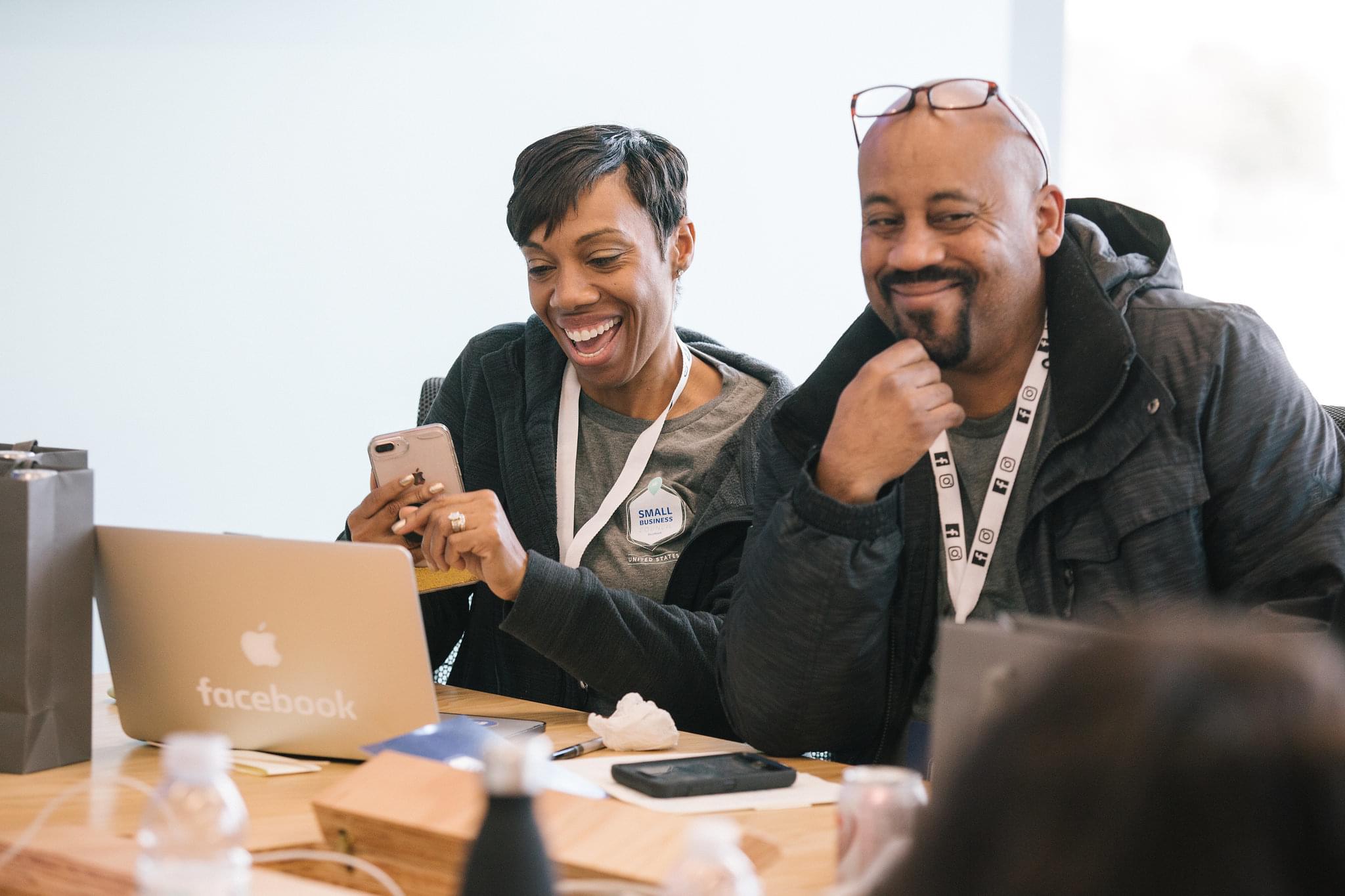 What Do You Get In
Recipe For Retail?

What Topics Are Covered In
Recipe For Retail?

When enrolled in Recipe For Retail YOU WILL learn topics geared towards developing your recipe to make big $$$ online & in large retail stores including: 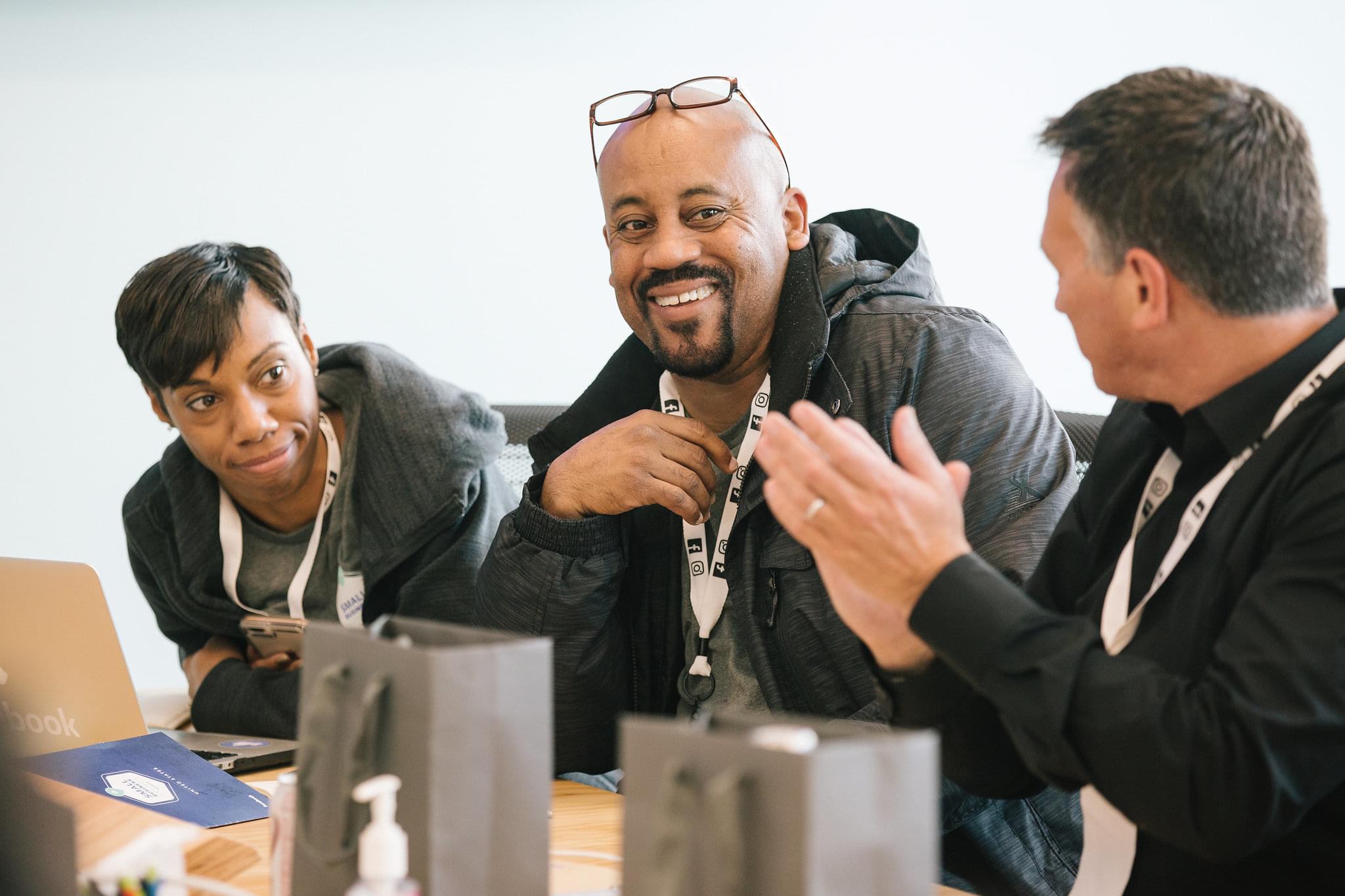 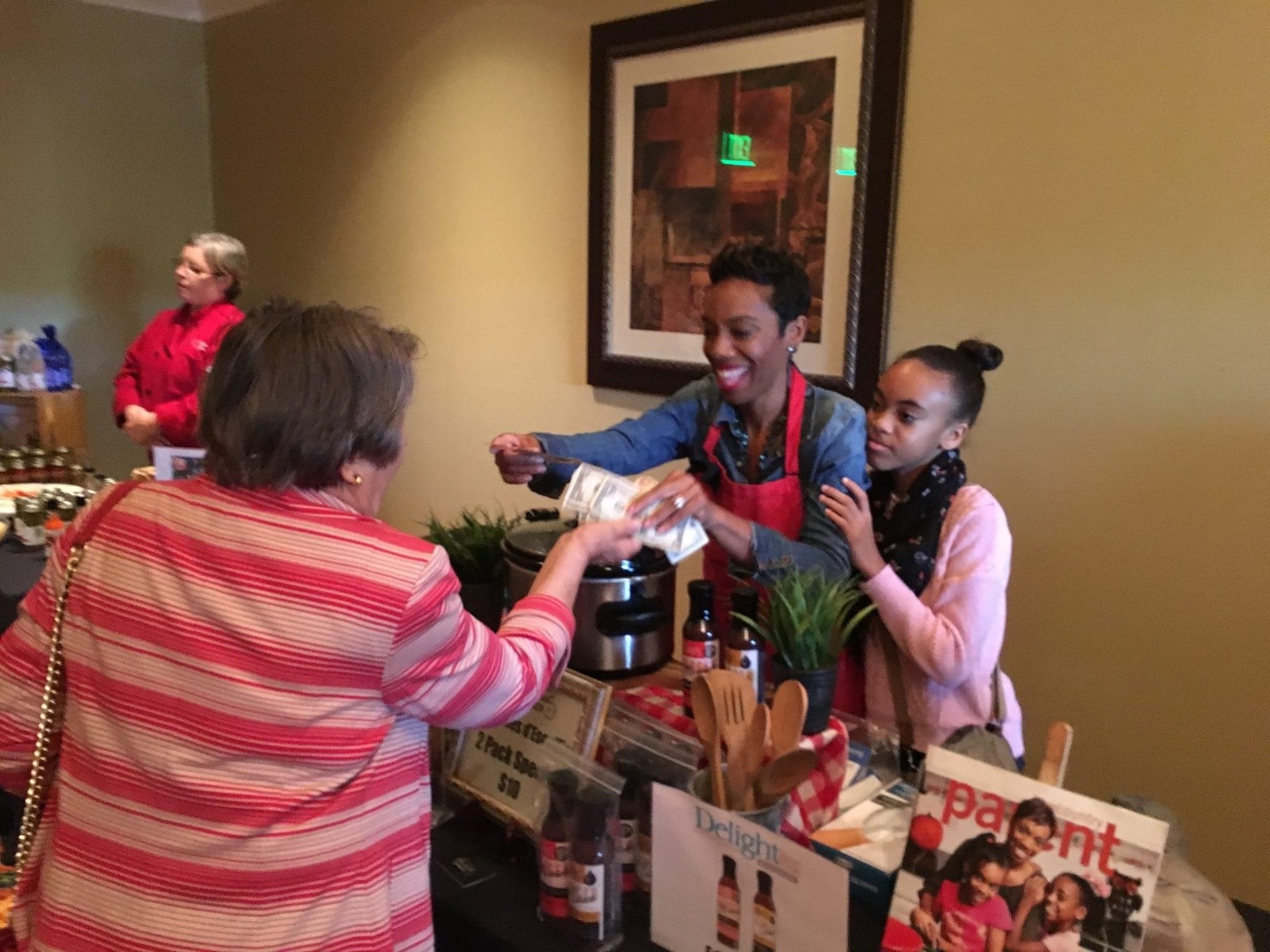 Will Enrolling In
Recipe For Retail
Make Me Money?
When enrolled in Recipe For Retail YOU WILL learn our proven techniques for being profitable with your food business from day one.

"You can only become truly accomplished at something you love.  Don't make money your goal.  Instead pursue the things you love doing, and do them so well that people can’t take their eyes off you" -- Maya Angelou

What If I Have A Finished Product Already?  Should I Enroll In Recipe For Retail?

Recipe For Retail contains information for anyone who wants to have BIG success online and in retail, even if you have a finished product. We'll cover the basics as well as the secret techniques we currently use ourselves for e-commerce and in big box store sales. 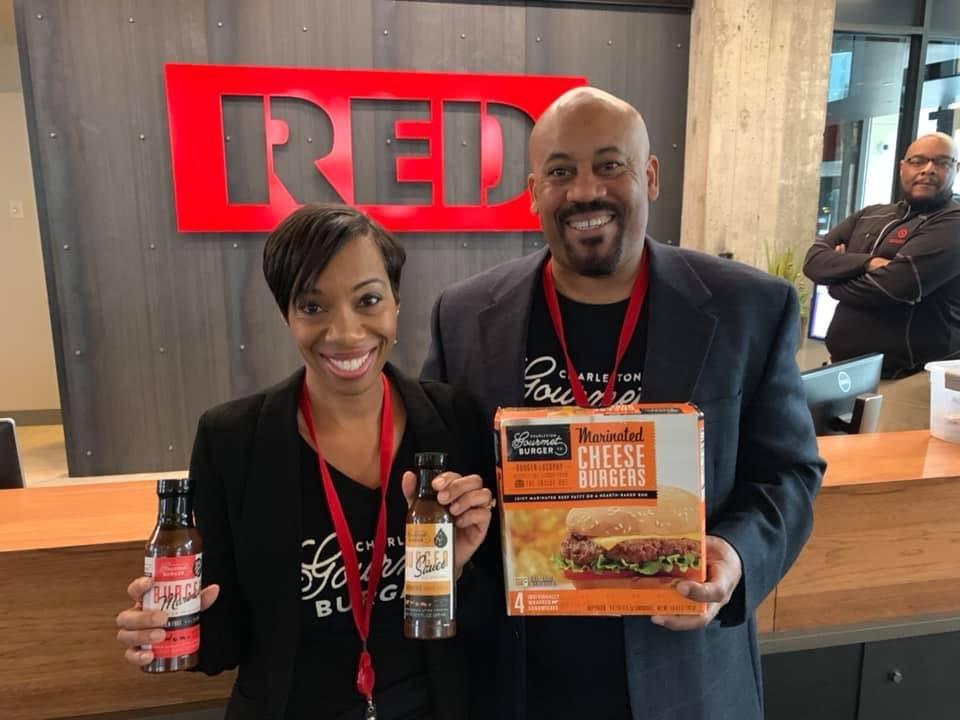 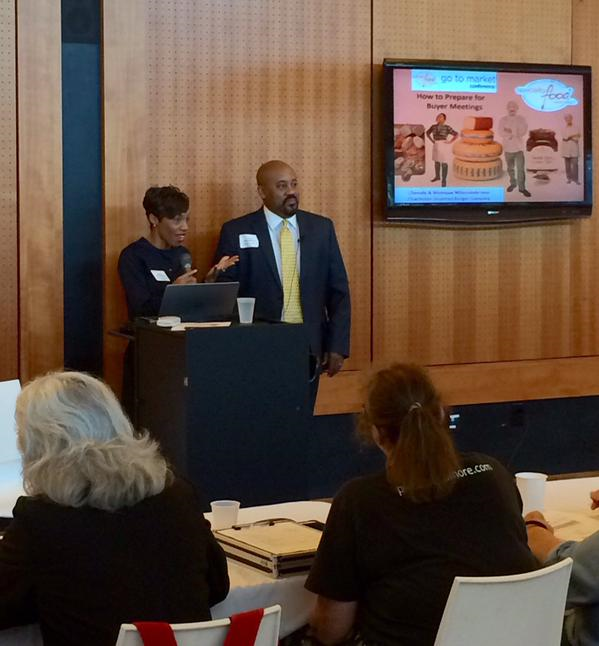 What Topics Are Covered in
Recipe For Retail?

Module 1 - Creating A Strong Foundation - For Success
Module 2 - Raising Capital - To Finance Your Foodie Dreams
Module 3 - Test Marketing In Detail - To Jump Start Your Food Business
Module 4 - Crafting Your Brand Story - For Epic Sales
Module 5 - Premium Product Creation - Embrace Your DNA For Success
Module 6 - Premium Product Packaging - To Attract Tons of Customers
Module 7 - Distribution - Everything To Get Your Product On Store Shelves
Module 8 - Pitch Perfect - Get Ready To Get Your YES
Module 9 - E-Commerce - For Massive Online Sales
Module 10 - Finding Your Customers - To Dominate Online and in Retail
Module 11 - Getting Media - From Local to National to Worldwide FAST! 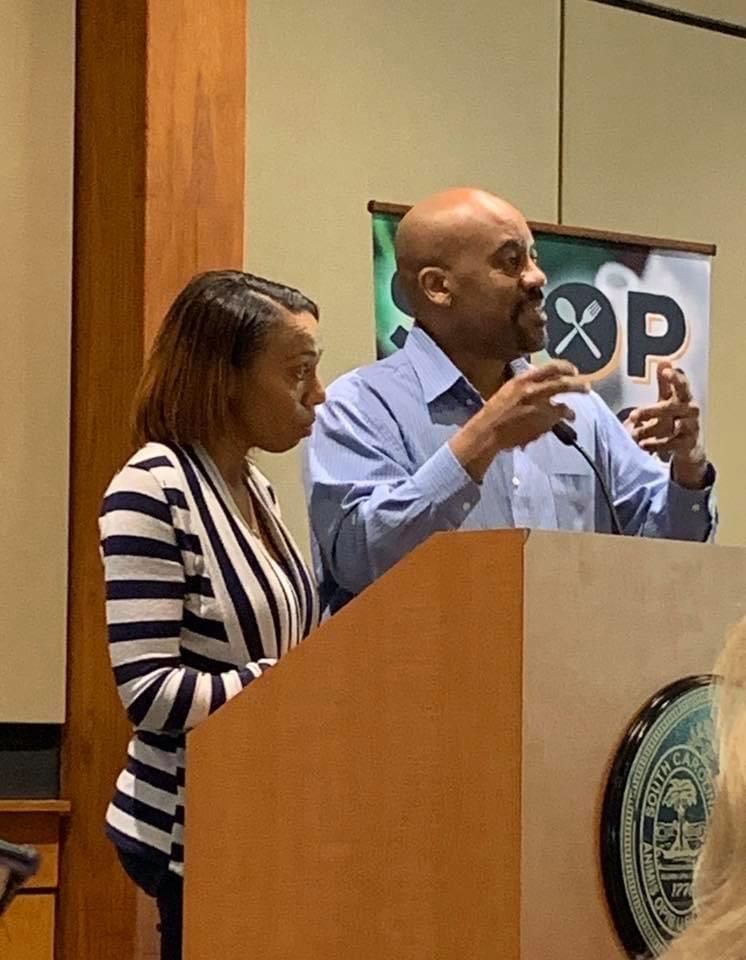 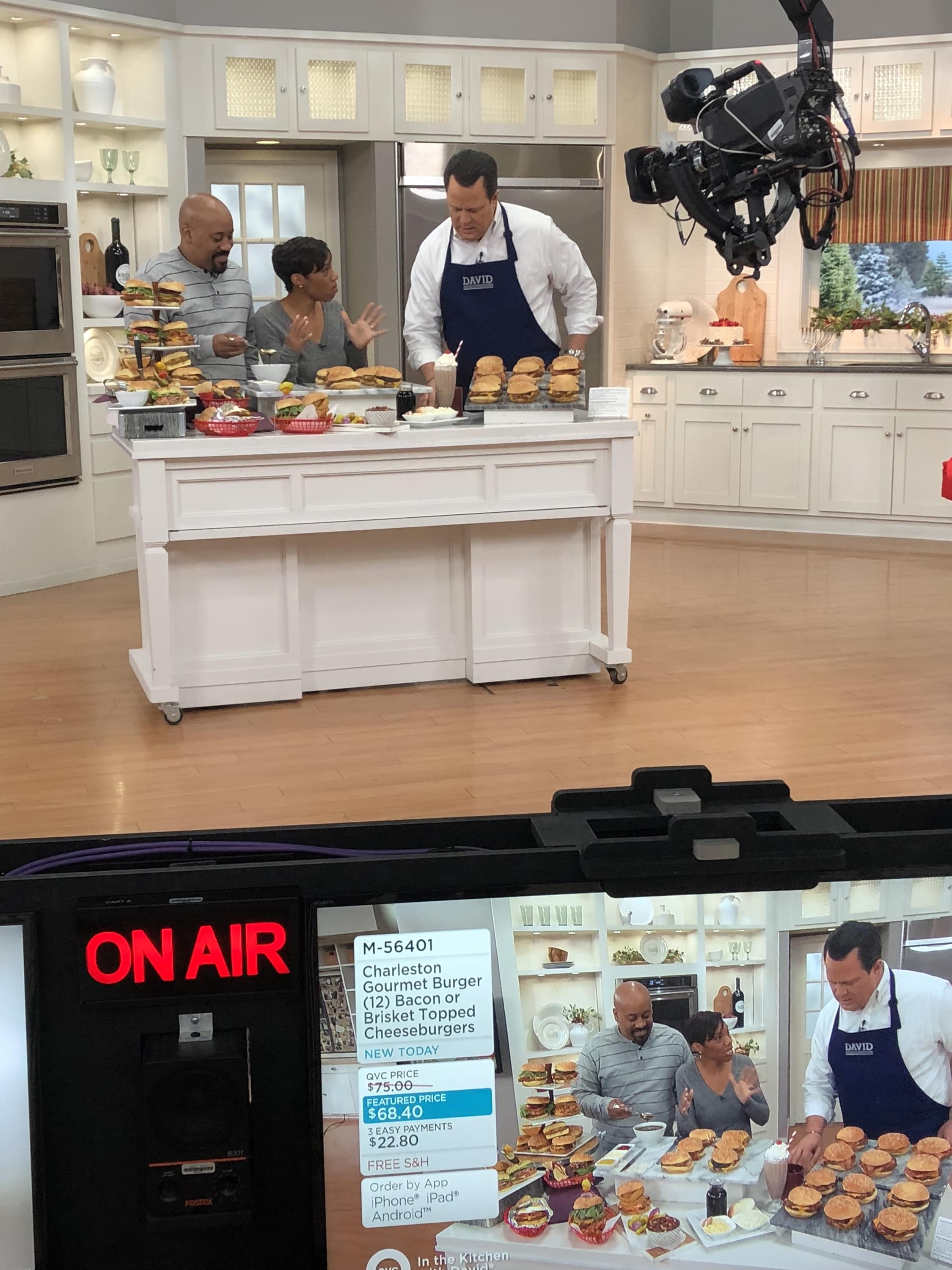 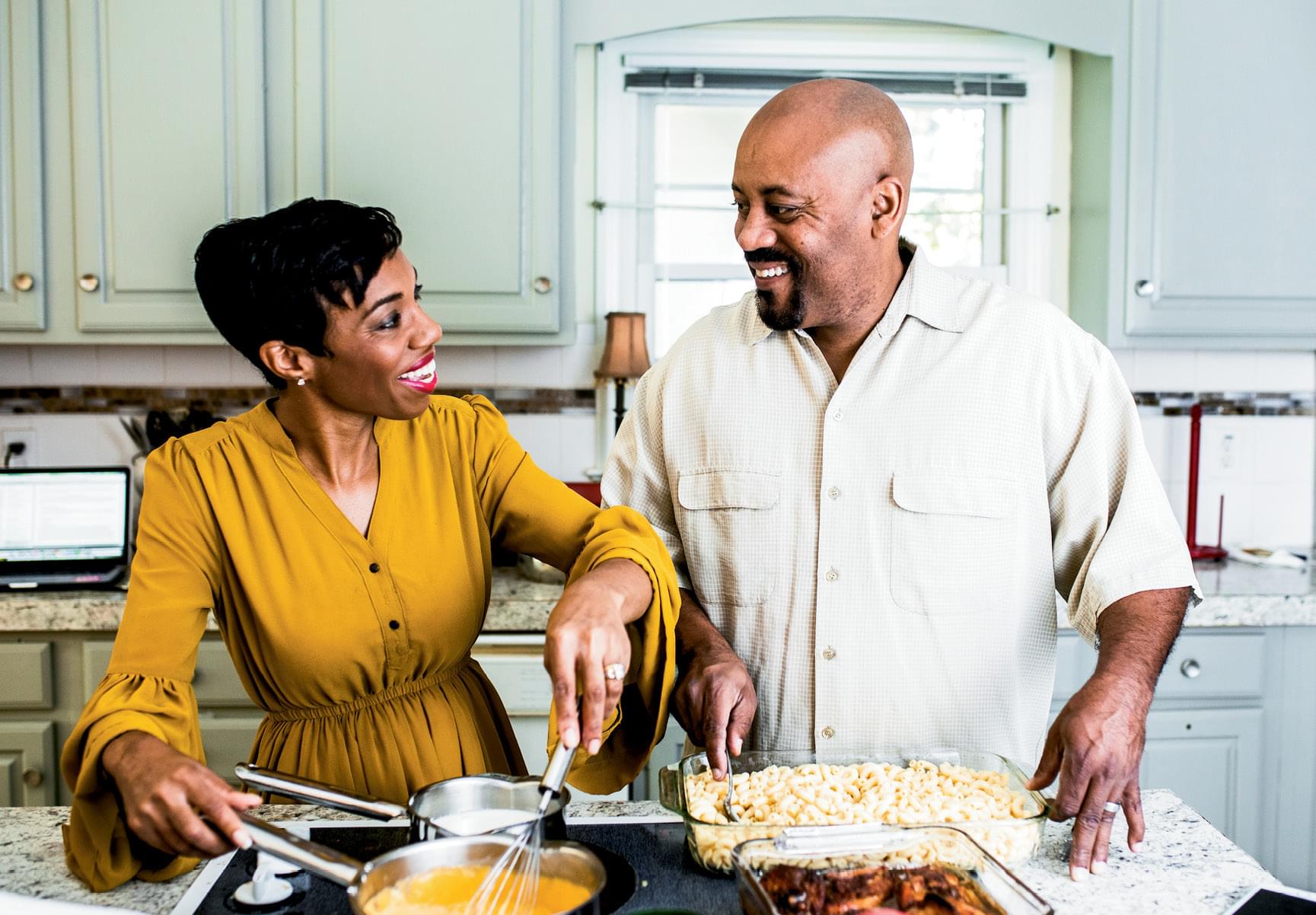 RECIPE2SUCCESS Training Course is the most detailed, most comprehensive, and most informative training course available to grow food companies from recipe idea to being ready for retail. 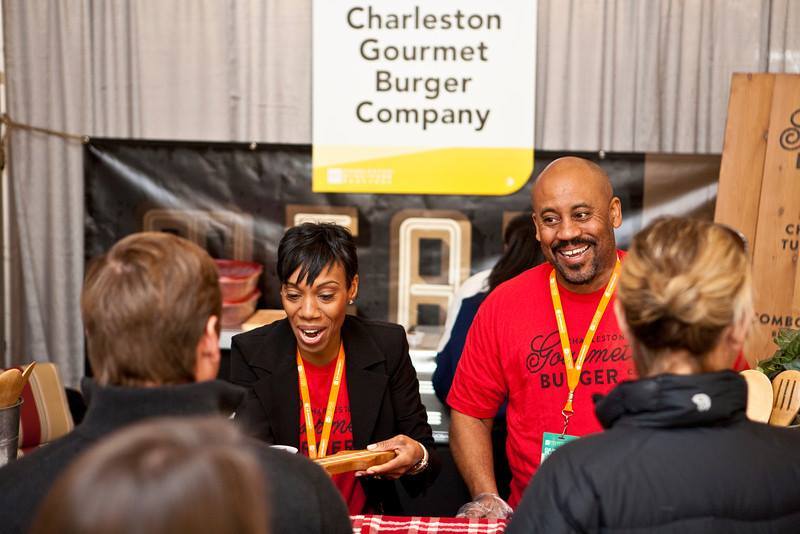 VIP ADVANCED ALL ACCESS PROGRAM is the most thorough, most extensive course for developing food & beverage products in the world. It contains the most supportive tools of any online course available. A no-brainer for anyone SERIOUS about building a successful food business.

INCLUDES EVERYTHING IN RECIPE2SUCCESS TRAINING COURSE + PLUS EXTRAS

What Are People Saying About Our Courses?

⭐️⭐️⭐️⭐️⭐️
"I woulda paid twice as much"
T.G.
⭐️⭐️⭐️⭐️⭐️
"I've been working on getting my stuff in stores for years and finally I'm on my way"
A.W.
⭐️⭐️⭐️⭐️⭐️
"Chevalo & Monique are amazing"
C.O.
⭐️⭐️⭐️⭐️⭐️
"Thank you, thank you Monique and Chevalo.  I'm ready to do big things with my dishes"
T.D.
⭐️⭐️⭐️⭐️⭐️
"Monique & Chevalo over-deliver....they can find a way around every obstacle....they actually want you to win....well worth the investment"
Prince's Savory Spices
ENROLL NOW *Limited Time Offer So Enroll Now
For the first time EVER, we're offering our signature programs at a significant discount for a limited time only!

The Time Is Now - Enroll In
Recipe For Retail
It’s your time to create your food business empire now. Build your BRAND now. Launch now. Get results now. Because you’re ready now.
We're inviting you to work with us… so we can help you uncover your unique voice, build your recipes and create your food products in record time, and make money in a way that works for you.
It’s an amazing feeling when you SAY you’re gonna do something and actually DO it. We're inviting you to enroll in Recipe For Retail and be the version of yourself who says I DID IT!
ENROLL NOW in one of our our life changing courses!
ENROLL NOW *Limited Time Offer So Enroll Now

When you enroll in Recipe For Retail YOU WILL learn everything - from "soup to nuts".  Recipe For Retail gives you exclusive access to the most comprehensive recipe-to-retail programs available in the world! You'll have all the tools to become a major food BRAND! Don't wait, get started TODAY!

“Think big and don’t listen to people who tell you it can’t be done. Life’s too short to think small.” — Tim Ferriss, Entrepreneur

WHY WAIT? Create a legacy for your family TODAY. Enroll NOW!

Transforming our home recipes into retail products has changed not only our lives, but the lives of our family for generations to come; and we're helping many others do the same as well. Why put off taking your food business to the next level? You can enroll in Recipe For Retail right now! 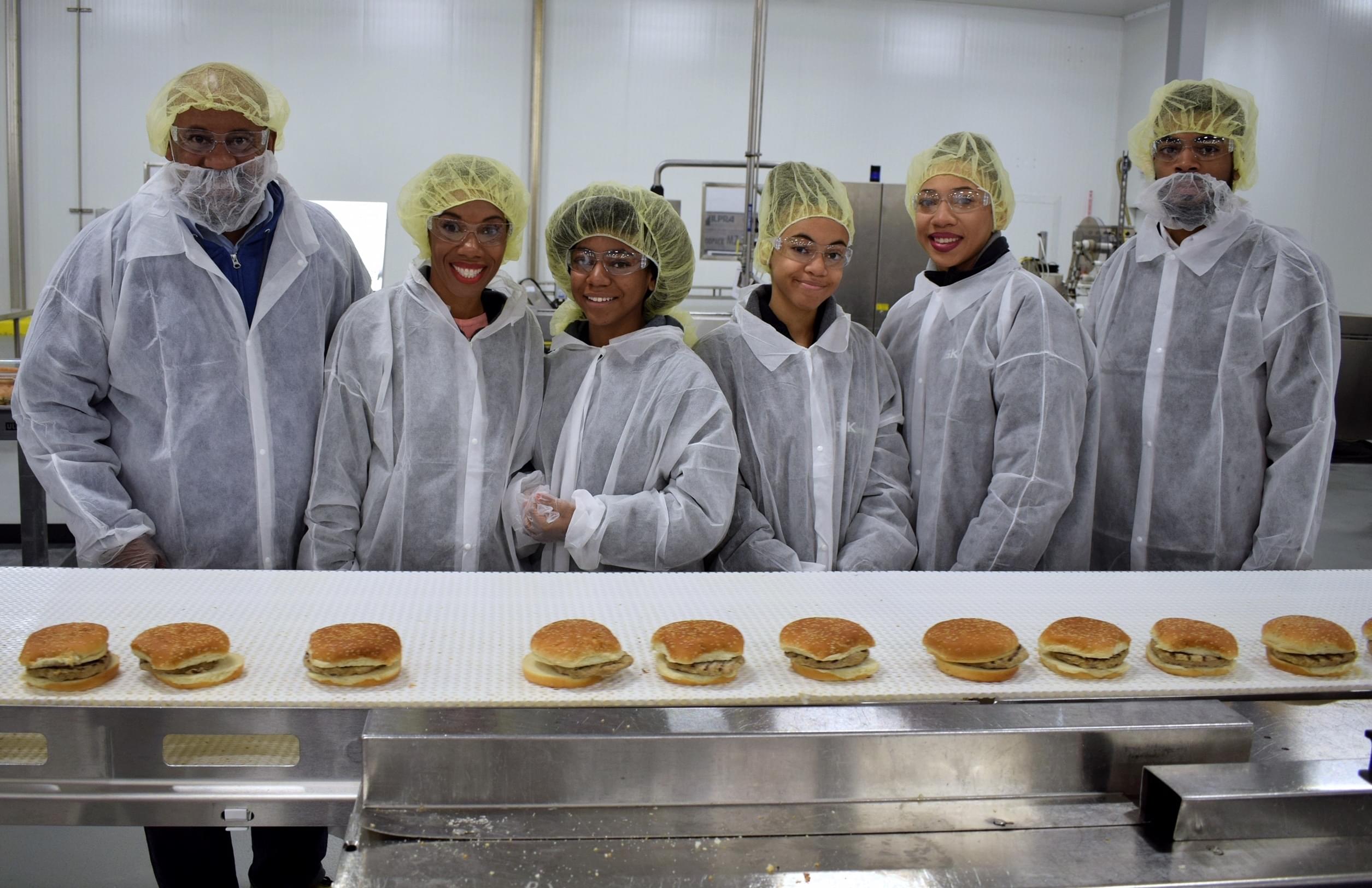 Get Started TODAY & Save BIG - Choose A Course